NJTL Chapter of the Year 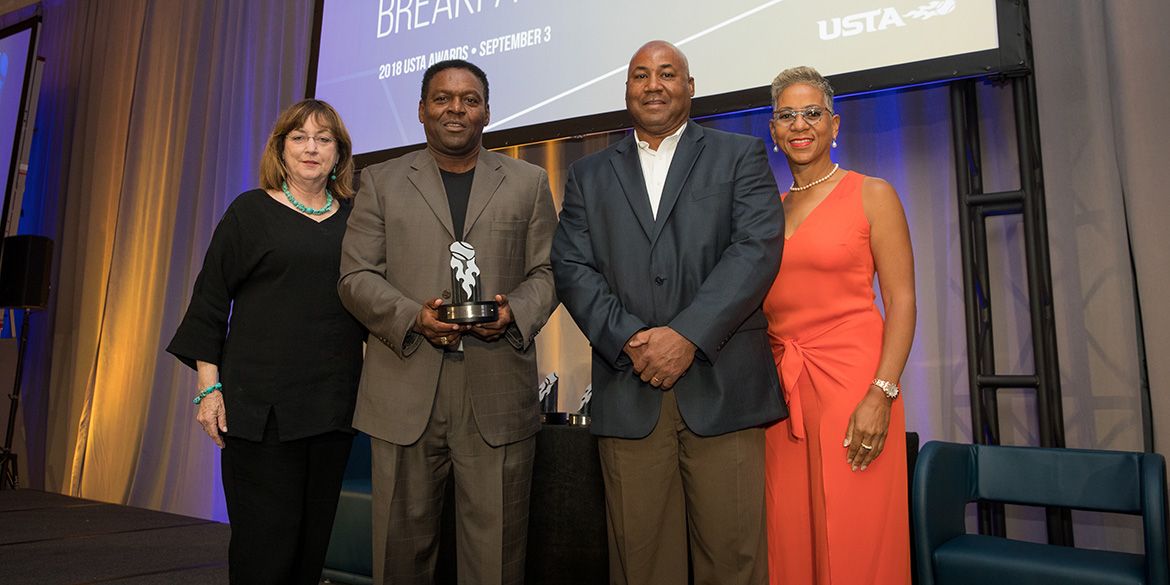 The USTA Semiannual Meeting and Conference

All NJTL chapters submitting applications for the NJTL Chapter of the Year Award must have:

*Not won the National level award within the past five years (since 2012);

The NJTL Chapter of the Year criteria include: quality of on-court program, quality of management structure, involvement with other community organizations such as Schools, Parks, YMCA, YWCA, Boys & Girls Clubs, PALs, Boy/Girl Scouts, etc., support of the local business community and demonstration of financial sustainability.

The pool of nominations comes from  NJTL Chapter leaders, USTA Volunteers, USTA Section staff and National staff. ADVERTISEMENT The nominator must submit a narrative to the Selection Committee outlining how the organization exemplifies the spirit of the award, including scope, depth, and impact of on-court and off-court programs: number of instructors, sites, number of youth participants, dosage of programming (# hours/week and # weeks/year). Whenever possible, documentation to help the committee demonstrate the organizations impact will be considered, including articles, brochures, letters of support or other informative documentation.

The National Junior Tennis and Learning (NJTL) is a network of over 350 community based organizations serving tennis and education to over 225,000 youth participants. The United States Tennis Association (USTA) continues its tradition of honoring outstanding chapter work in tennis and youth development by presenting the annual NJTL Chapter of the Year Award to chapters that demonstrate extraordinary community leadership and excellence in youth tennis and education programming.  Each year the award criteria alternates to highlight chapters between two budget ranges. For 2018, chapters with a budget below $250,000 were eligible for nomination.

NJTL Chapter of the Year