Junior Team Tennis is a low-key competitive, team-based experience for players who want to have fun and develop their game. Whether you want to get more match play experience or just want to rally with new friends, JTT is the match for you. Playing on a team encourages unity and helps kids develop social skills. 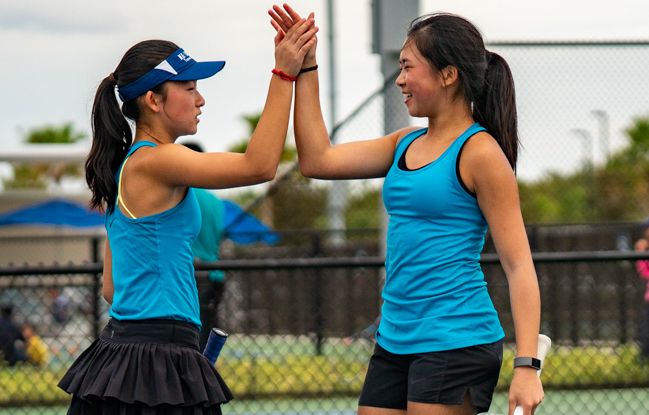 Junior Team Tennis brings kids together on teams to play singles, doubles and mixed doubles against other teams. JTT is open to kids ages 6-18 and teams are built based on age and skill levels. In the Pacific Northwest, we also offer co-ed play so kids can play with all of their friends!

JTT scoring is comprised of the number of games won rather than individual matches won or lost.  This style of play encourages kids to fight for their team and root on their teammates.

One of the best aspects of JTT is that kids get to compete with other local teams in their area. Team's get to pick where they want to play whether

PNW offers winter, spring, summer and fall JTT seasons to allow players to compete when it works best for them.