February marks Black History Month, an annual celebration that began in 1926. Originated by Carter Godwin Woodson, the son of slaves who went on to earn prestigious degrees at both La Sorbonne and Harvard University. The month of February was selected in honor of Frederick Douglass and Abraham Lincoln, both of whom were born that month.

The remarkable contributions made to our everyday life in the face of extraordinary obstacles is what so poignantly and powerfully defines much of the African American experience and sets an inspirational example for all Americans. We, at USTA Northern California, one of the most diverse sections, are proud to lead the tennis community in honoring these fine coaches, players, parents and/or volunteers who bring tremendous value, insight and diversity to the sport of tennis. 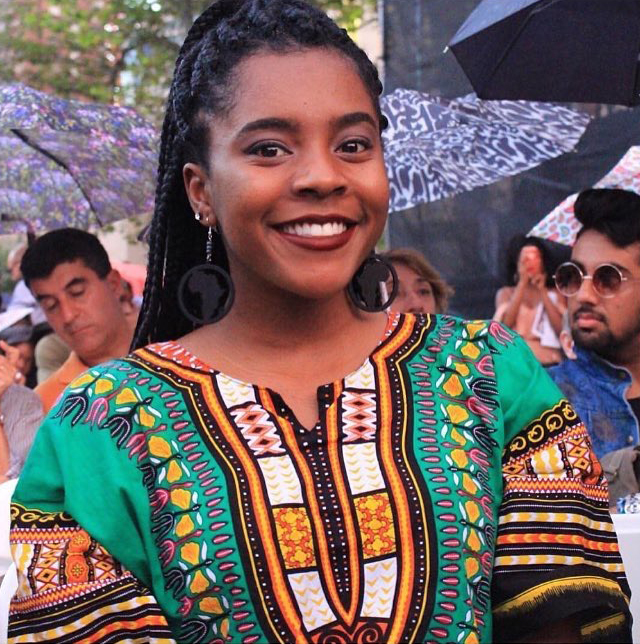 Kindness Nwakudu, from Oakland, CA, first picked up a racquet when she was 14 years old as she was gearing up for high school. As a freshman at Oakland Technical High School, she saw the varsity team practice and wanted to try out. She made the team and started competing soon after. Once a senior, her coach Marlin Eagles talked to her about the Althea Gibson College Scholarship, which is one of four Champions of Character College Scholarships, as a way to help her pay for college. “Coach Eagles reached out to me and said that I would be a perfect candidate for that scholarship,” Kindness remembers. As a young African-American woman, the Althea Gibson College Scholarship was the best fit for her among the four available.

Currently in her last year at UC Santa Cruz, Kindness has used the scholarship to the fullest, allowing her to not worry about paying for a loan, and relieving her family from a financial burden. “I have five younger siblings and the scholarship really made a difference for me and my family,” Kindness explains. “It really allowed me to focus on my education and goals and I didn’t have to worry about finances.”

Thanks to tennis, Kindness was able to reach her goals of graduating college, as she will get her diploma this year. Being the only African American on her team, it wasn’t always easy, but, role models like Serena Williams made it easier and helped her gain confidence in herself. “I’m pretty muscular but seeing Serena made me embrace it,” Kindness said laughing. “Women’s tennis is definitely growing and players like the Williams sisters make it more approachable than it used to be for women of color. There are more students of colors playing but having financial help like this scholarship will definitely facilitate bringing tennis and higher education possible to them.” On top of playing for fun, Kindness likes to spread the love of the game. “I don’t want to forget how to play tennis and it’s a great workout so I introduced a few of my housemates to tennis so we can exercise together.”

As she is about to graduate, Kindness is looking forward to the next phase of her life. She plans to take the MCAT this year as the first step toward going to medical school. She is looking into different research programs or being a medical assistant to get a taste of what hospital life is like. Congratulations to Kindness on what she has and continues to accomplish.

If you or someone knows of any young individual who would be a good fit for one of the four Champions of Character College Scholarships, please reach out to us, or get more information here. 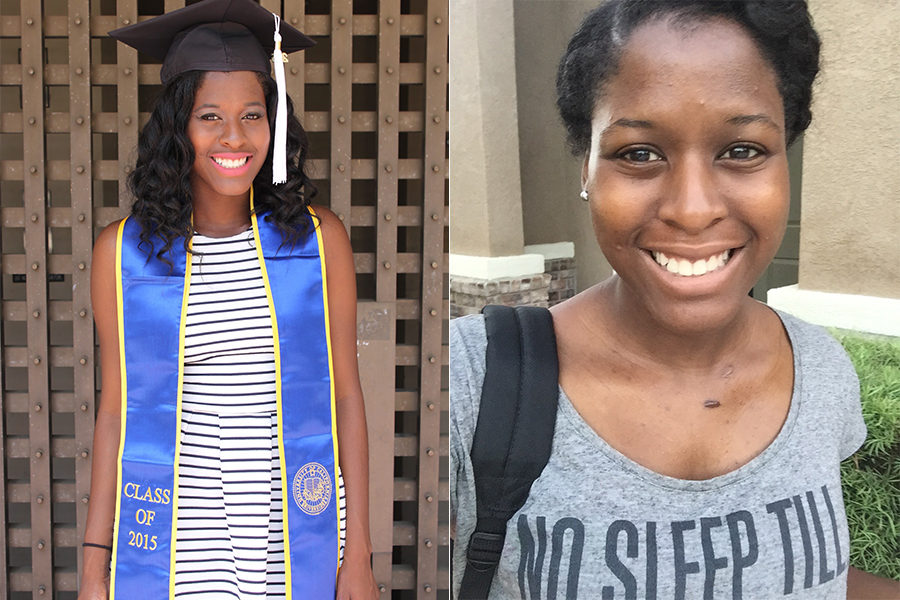 Interested in tennis for a long time, Jamaya Clay only started playing seriously in high school. From Oakland, CA, she attended Oakland High School where she and a few other players formed a team. Not enough players participated her junior year, but she was finally able to compete her senior year. At that time, her coach Vince Owens told her to apply for the Althea Gibson College Scholarship, one of the four Champions of Character College Scholarships USTA NorCal offers. She decided to go ahead, and sent her application. A few weeks later, she became a recipient of it until she graduated with her Bachelor degree in 2015.

As of 2017, Jamaya is pursuing her Master’s degree in Social Work at Cal State San Marcos. The Althea Gibson College Scholarship helped her graduate from UC Riverside where she earned a degree in Sociology. “I wouldn’t have been able to finish college if it wasn’t for that scholarship,” Jamaya explains. “I was applying to a lot of different scholarships my senior year, but I got discouraged as it wasn’t going anywhere. I was really shocked and excited when I got it,” the excitement still noticeable in her voice.

Genuinely appreciative of the opportunity, Jamaya remembers everything that the scholarship gave her as an undergrad student. “The money I received allowed me to buy everything I needed for school such as books, tuitions, food, and even sometimes rent. In general, it let me breath and not worry about the financial side of things, which was a huge relief.” That piece of mind made her college experience that much more enjoyable. “I knew people that were into tennis so I was able to play while in college, experience the life outside of my hometown and also focus on my studies of course.”

Because the scholarship had such a huge impact on her life, Jamaya hopes that more minority students will apply by sharing her story. “If I had any advice for high school seniors right now, it would be to apply for scholarships. It can really make a difference between going to school or not, especially for low income communities.”  Her desire would be to see more and more minorities involved in the sport to keep making tennis more diverse.

If you or someone knows of any young individual who would be a good fit for one of the four Champions of Character College Scholarships, please reach out to us, or get more information here.

In the pantheon of African American California history that spans from Allenstown to Buffalo Soldiers' role at Yosemite to Oakland political prominence and activism of the civil rights era, tennis too has made its mark, and perhaps no place more notably than at San Pablo Park in Berkeley. For over 50 years it was a stalwart of the African American community where tennis flourished in social competitions, organized leagues and tournaments, culminating in a 1987 NorCal Championship win for its Men's 3.0 team. In essence, San Pablo Park became the California destination spot for African Americans who were passionate about tennis and desired a welcoming haven to exercise their talent and meet others like them.

Certainly in its earlier days, prior to the 1970s, the growth of African American tennis participation at San Pablo Park was a natural outgrowth of prejudices of the times in Berkeley and the country. This left thousands of African Americans who favored tennis with few options for actually playing it consistently, or for honing their skill. This situation left only several options for black people who wanted to play tennis which included DeFremery Park in West Oakland and San Pablo Park. 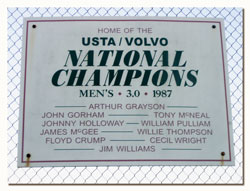 Exactly how San Pablo Park Tennis Club became the African American Tennis Club to send a team all the way to the USTA league nationals and win it, may be due to the changing times. Leading up to the 1980s as time progressed, and segregation began diminishing, San Pablo Park became much less a default tennis place, and much more 'the' preferred place to be if you were an African American who was serious about tennis, or one visiting from out of town looking find a tennis partner.

Then, with the organization and advocacy skills of long time members such as Laura Bennett and Bill Jackson and many others, the club evolved from casual or competitive play among friends, to becoming a participant and host site for competitive events. The Jackie Watkins tennis tournament, the pacific coast championship, and the American Tennis Association (ATA), were all popular tennis events which drew new tennis players to the park. Eventually this broadened the scope of not only San Pablo Park tennis players, but also tennis players across California and the country, regardless of race, providing them with a full range of opportunities to play tennis in an inclusive and competitive environment.

Leading up to the formation of the 1987 Men's 3.0 National Champion team, the club had grown exponentially, presenting a perfect opportunity for William Pulliam, the president of the club during this time, and team captain Art Grayson to work collaboratively. To date, San Pablo Park Tennis Club remains the only African American tennis club to ever win a USTA National Championship title.