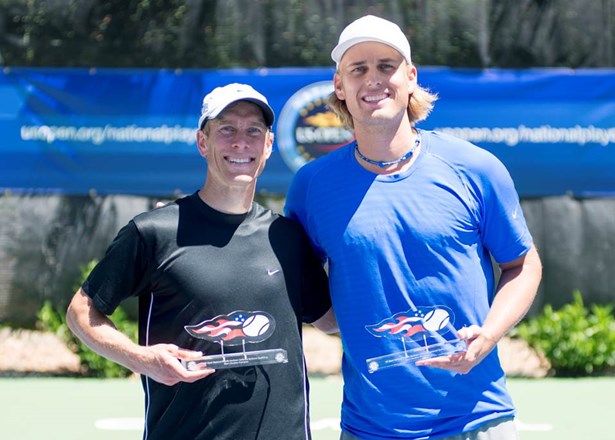 Two of the most entertaining players in all of tennis lead the list of eight players who advanced from the US Open Northern California Sectional Qualifying Tournament, held at the Chamisal Tennis and Fitness Club in Salinas, Calif., June 22-26.

With the victories, the eight booked their places in the US Open National Playoffs Championships, held in August in New Haven, Conn., with a chance to earn a spot in the 2016 US Open.

Brian and Dann Battistone, the doubles specialists from Las Vegas who use wishbone-shaped, double-handled tennis racquets that allow them to hit either forehands or backhands off both wings, and who employ volleyball-style jump serves that have been clocked at 139 mph, won the men’s doubles title to advance to the US Open National Playoffs Championships. The brothers won three USTA Pro Circuit titles together from 2007 to 2009.

Brian Battistone has competed in the US Open main draw in men’s doubles – in 2010, with Ryler DeHeart – and 2012 – in mixed doubles, with Nicole Melichar; the two won the US Open National Playoffs Mixed Doubles Championship that year to advance. Battistone and Melichar also won the USTA Northern sectional qualifier mixed doubles title in 2013 and the Southwest sectional qualifier singles crown in 2012. 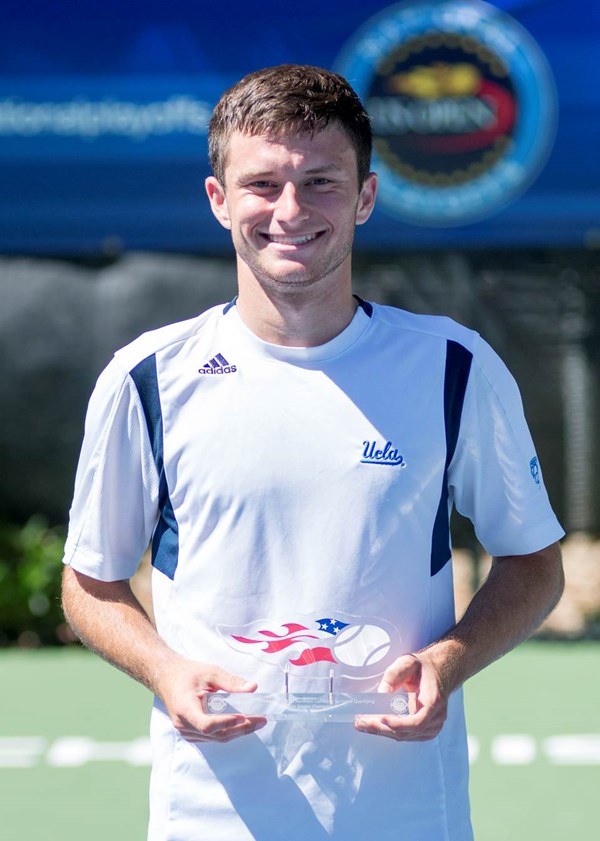 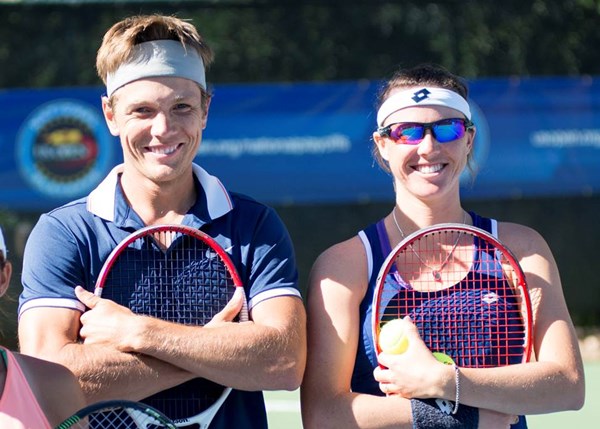 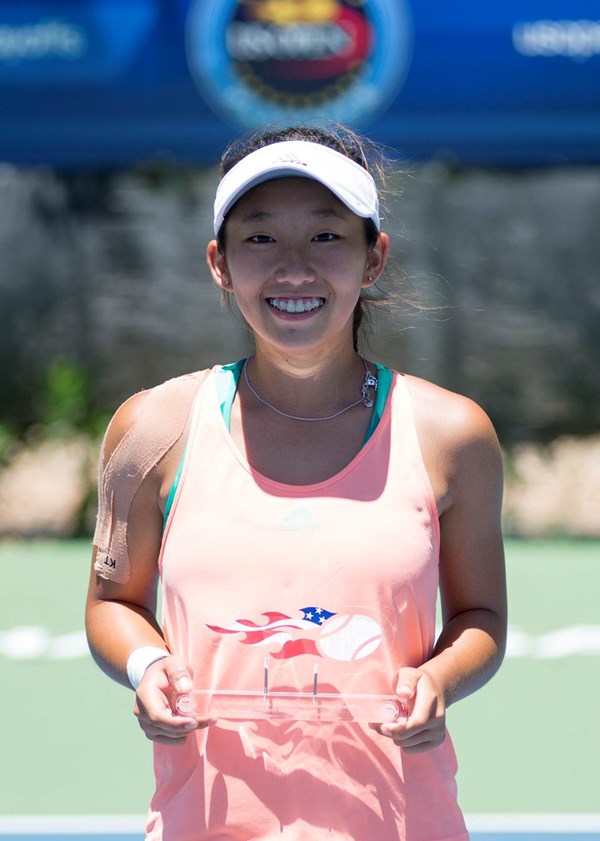 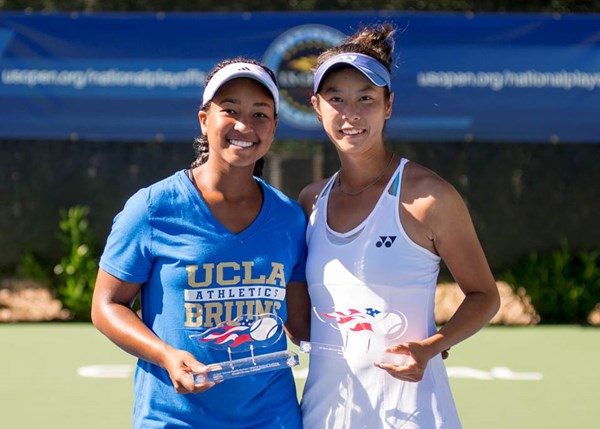