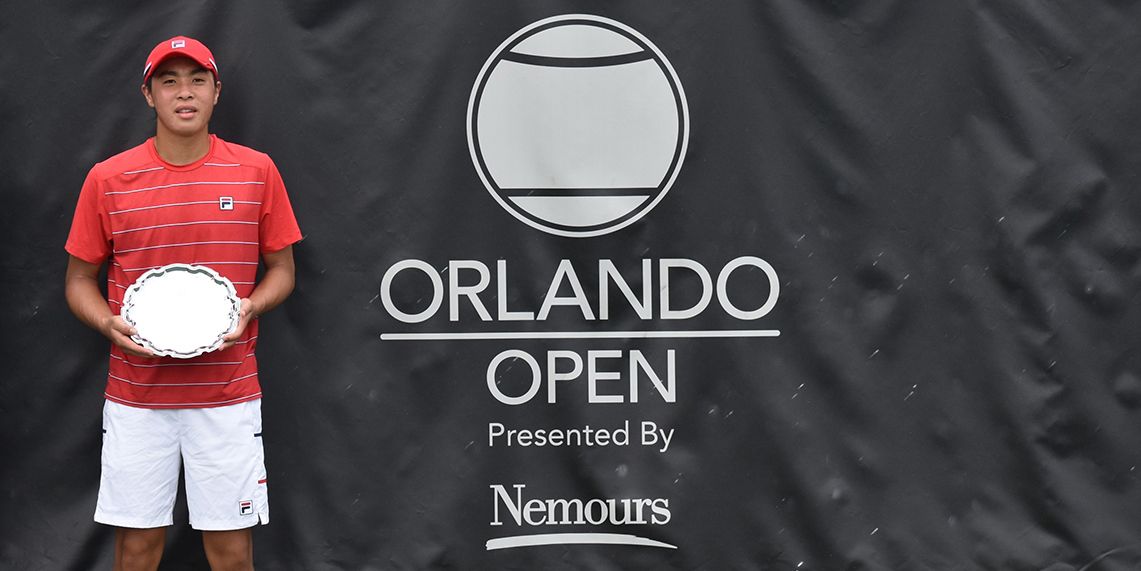 At the USTA National Campus in Central Florida, he defeated India’s Prajnesh Gunneswaran, 6-3, 6-4, to cap off a dominant run in which he did not drop a set. The 19-year-old from San Diego saved all eight break points he faced in the final, sealing the match with an unreturned serve on match point.

With the win, Nakashima became the youngest player to win ATP Challenger title since fellow American Frances Tiafoe won in Sarasota, Florida, in 2017. To reach the final, he knocked off No. 1 seed Thiago Montiero of Brazil in the Round of 16, and compatriots Mackenzie McDonald and Mitchell Krueger in the quarters and semis, respectively.

"Playing all these Challengers and pro events the last couple of years was all leading up to this moment," said Nakashima, the former junior world No. ADVERTISEMENT 3, who worked on his serve and baseline variety during the COVID-19 suspension.

The victory lifted him to a new career-high ATP ranking of No. 166 and caps a breakout 2020 campaign for Nakashima. He reached the quarterfinals in his ATP debut at the Delray Beach Open in February, then 18, and later made his Grand Slam debut at the 2020 US Open, where he advanced to the second round before falling in five sets to eventual finalist Alexander Zverev.

"Ever since I started playing, I always wanted to play tennis at the highest level and eventully become No. 1 in the world," he said after the Orlando championship match. "I think this is a great stepping stone in that direction and it shows all my hardwork through the past couple years, and before that. I'm really happy to get my first Challenger [title] under my belt, and this gives me a lot of confidence for the future."

In the doubles event, the U.S. duo of Kruger and Jackson Withrow upset the top seeds to reach the final before falling to Aleksandr Nedovyesov and Andrey Golubev, 7-5, 6-4.