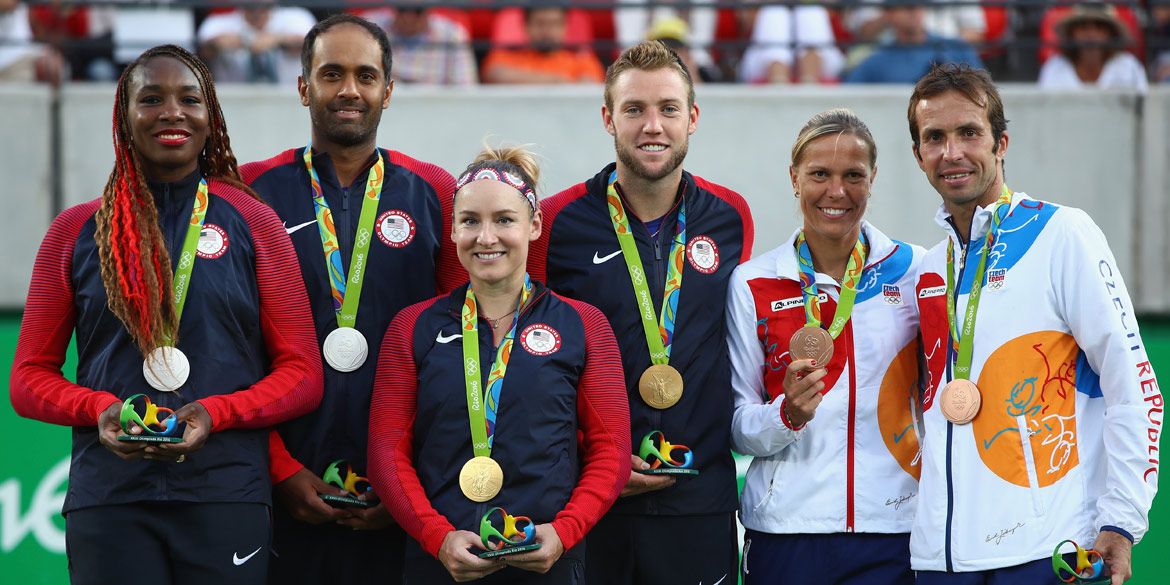 In an all-American final for the gold medal in mixed doubles at the Rio Olympics, Bethanie Mattek-Sands and Jack Sock prevailed Sunday in a high-quality contest over Venus Williams and Rajeev Ram, 6-7, 6-1, [10-7].

"This is probably going to be at the top [of career accomplishments]," said Mattek-Sands. "This is my first Olympics, first time being selected. I'm super proud of myself for my Grand Slam titles, but I think the Olympics is a different category altogether."

Williams and Ram rallied from 1-3 down in the opening set to force a tiebreak. From 3-3 in the tiebreak, they won four consecutive points to grab the opening set. Mattek-Sands and Sock responded by racing to a 5-0 lead in the second set and eventually bringing the gold medal contest to a deciding match tiebreak.

Sock walks away from Rio with two medals, having clinched bronze earlier in the week in men’s doubles with Steve Johnson. He is the only tennis player at this year's Olympics to win two medals.

"The victory was pretty special and pretty surreal," Sock told rio.itftennis.com. "Definitely a moment we'll never forget and something we'll always share together."

The medal was the first of any kind for Mattek-Sands and Ram, both of whom were first-time Olympians, as was Sock. Meantime, Venus added the silver in mixed doubles to the gold medal she won in singles in 2000 and golds she won in women's doubles with sister Serena in 2000, 2008 and 2012.

"It's been an amazing experience, five Olympics for me," said Williams. "Ir's surreal every time I think about that I even came out with any hardware at all."