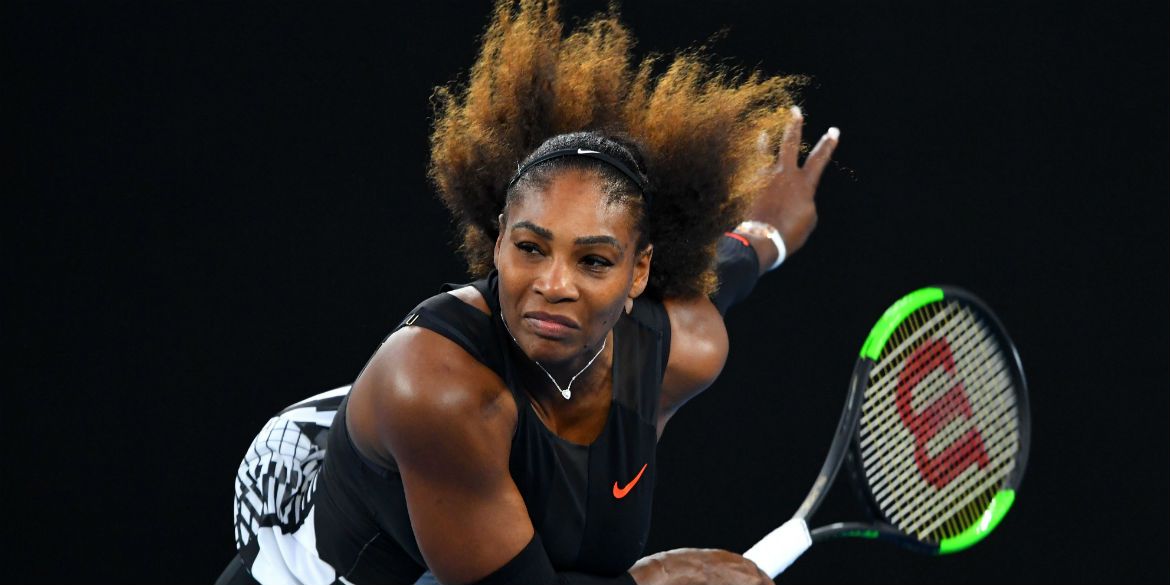 For the eighth time in her career, Serena Williams will play for the Australian Open championship. And for the first time in 14 years in the Melbourne final, big sister Venus will be across the net looking to stop her march into the record books.

“It's the one time that I really genuinely feel like no matter what happens, I can't lose, she can't lose. It's going to be a great situation,” Serena said.

Serena needed just 50 minutes to see off the fairytale run of Mirjana Lucic-Baroni, 6-2, 6-1. The victory moves the six-time Australian Open champion into her 29th Grand Slam final, where she’ll have an opportunity to break the Open-era record of 22 major titles – a mark she currently shares with Steffi Graf.

But a familiar foe is waiting in the wings in the form of Venus, a seven-time Grand Slam champion in her own right who is vying to lift the trophy here for the first time. ADVERTISEMENT Venus outlasted fellow American CoCo Vandeweghe, 6-7, 6-2, 6-3, ending a tremendous run for Vandeweghe that included victories over No. 15 seed Roberta Vinci, No. 1 and defending champion Angelique Kerber and No. 7 Garbiñe Muguruza.

Saturday's final will be the 28th career meeting between the Williams sisters, this installment coming 19 years after they met for the first time – in the second round at Melbourne Park in 1998, a straight-sets win for Venus.

“When I'm playing on the court with her, I think I'm playing, like, the best competitor in the game,” Venus said. “I don't think I'm chump change either, you know. I can compete against any odds. No matter what, I get out there and I compete.

"So it's like two players who really, really can compete, then also they can play tennis. It's like I know that it won't be easy. You have to control yourself, then you also have to hopefully put your opponent in a box. This opponent is your sister, and she's super awesome. It's wonderful.”

The last time the siblings met Down Under was in 2003 when Serena earned a dramatic 7-6, 3-6, 6-4 victory in the final, one of 10 championship matches they have contested. Eight of these 10 finals have been at a Grand Slam, with Serena emerging victorious six times, most recently at Wimbledon eight years ago.

On Day 11 in Melbourne, Serena turned in a near-perfect performance to dispatch Lucic-Baroni, one of many feel-good stories at the tournament and one of three 30-somethings in the semifinals, alongside 36-year-old Venus and 35-year-old Serena.

Serena dropped only two points on her first serve, did not face a break point and converted five of the six opportunities on the Croat’s serve. Consecutive breaks in the third and fifth games put Serena well on the path to victory, and she claimed six straight games in the second set to cruise into the final.

Venus took the circuitous route to the final after winning all 10 sets she had played up to the semis. But she dropped an opening-set tiebreak to Vandeweghe before rallying back into the match in the second set. A break in Vandeweghe’s opening service game of the third set opened the door for Venus, and she punched her ticket to the championship match on her fourth match point, capping a two-and-a-half hour thriller.

For Serena, walking onto the court for an Australian Open final is becoming a tradition. In the 13 years she has played in the tournament since 2003, she has only missed playing on championship Saturday five times.

A singles title in Melbourne, however, is something that has eluded Venus, even though she claimed four of her 14 doubles titles on Australian’s southeast coast.

Venus has only been to the semifinal in Melbourne twice – in 2001 and 2003 – and she has failed to advance past the fourth round all but three times in the past 13 years. But things are changing for the veteran, who reached her first semifinal in six years at Wimbledon last summer and has now been among the final eight players in four of the past nine majors.

Saturday’s final will be her first in the Grand Slam since she lost at Wimbledon in 2009 when she was trying to win three consecutive titles in the English capital.

The Williams sisters weren’t the only siblings to advance to the final on Thursday. Bob and Mike Bryan defeated Pablo Carreno Busta and Guillermo Garcia-Lopez, 7-6, 6-3, in their semifinal. That sets up a final showdown against Henri Kontinen and John Peers, with the Bryans looking for their 17th Grand Slam doubles title, and their seventh in Australia.