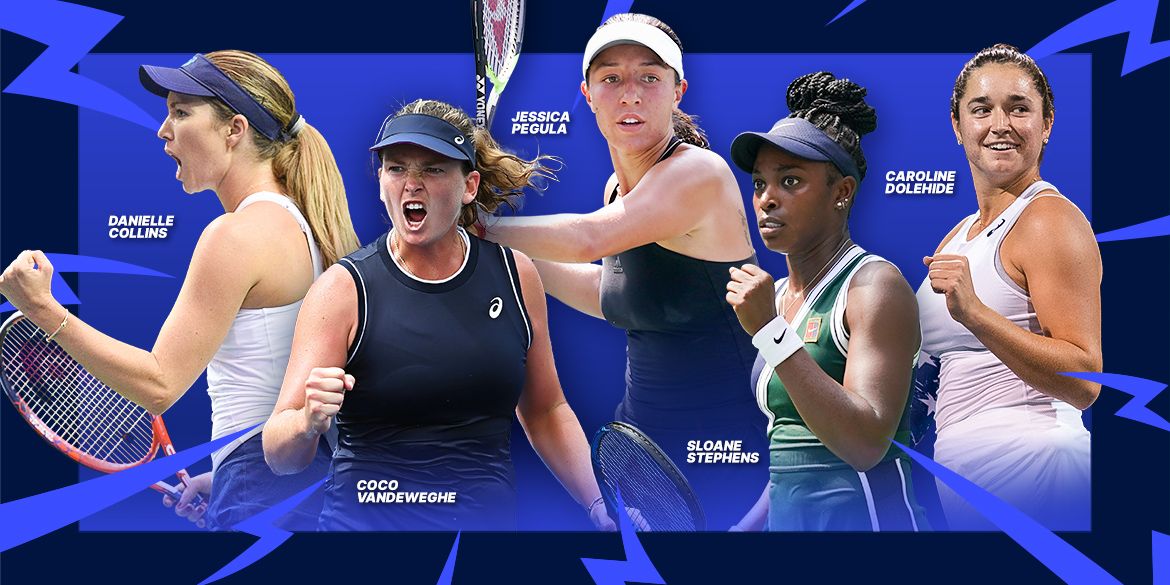 A five-player team consisting of Danielle Collins, Jessica Pegula, Sloane Stephens, CoCo Vandeweghe and Caroline Dolehide will represent Team USA at the Billie Jean King Cup Finals, to be played from Nov. 1-6 at the O2 Arena in Prague.

The six-day event is the debut of the new-look Finals, which was announced for 2020 but postponed twice as a result of the COVID-19 pandemic, and relocated from Budapest to Prague. It will feature 12 nations drawn into four round-robin groups, from which four winners advance to the semifinals with an opportunity to win the Billie Jean King Cup.

The U.S. holds an overall 153-38 record in Billie Jean King Cup competition and is bidding for a record-extending 19th title in 2021 after qualifying for the Finals back in February 2020 with a 3-2 victory over Latvia in Everett, Wash.

Collins and Pegula, ranked inside the WTA Top 25 this week, are returning to captain Kathy Rinaldi's team for the first time since their debut in 2019. Stephens and Vandeweghe helped lead the U.S. to its last title in 2017, when the competition was still called the Fed Cup, while 23-year-old Dolehide will suit up in the competition for the first time to close out a breakthrough 2021 season in doubles, where she peaked at a career-high ranking of world No. 25 in August.

Making her debut in 2012, Stephens has played seven previous ties for the U.S. and has won her last four singles matches in the competition, while this year's Finals will be Vandeweghe's 10th time wearing the national colors in the event since 2010. In a career year in 2017 where she reached two Grand Slam semifinals and cracked the WTA Top 10, Vandeweghe also went a perfect 8-0 in the competition across singles and doubles, a streak that included all three points in a 3-2 victory over Belarus that won the Americans the title for the first time since 2000.

Drawn into Group C in the best-of-three format of two singles matches and one doubles match, the U.S. will play Slovakia on Tuesday, Nov. 2, and Spain on Wednesday, Nov. 3. Both ties will be played on Centre Court and not before 5 p.m. local time. Joining the Group C participants in the competition are defending (2019) champions France, Canada and the Russian Tennis Federation (RTF) team in Group A; Australia, Belarus, Belgium in Group B; and hosts Czech Republic, winners of 11 titles, second to the U.S., Germany and Switzerland in Group D.

Full scheduling and ticketing information is available from the International Tennis Federation at billiejeankingcup.com. The largest international team competition in women's sport dates back to 1963 and was named in honor of King last year, while Deloitte is the official team sponsor of the U.S. Billie Jean King Cup Team.