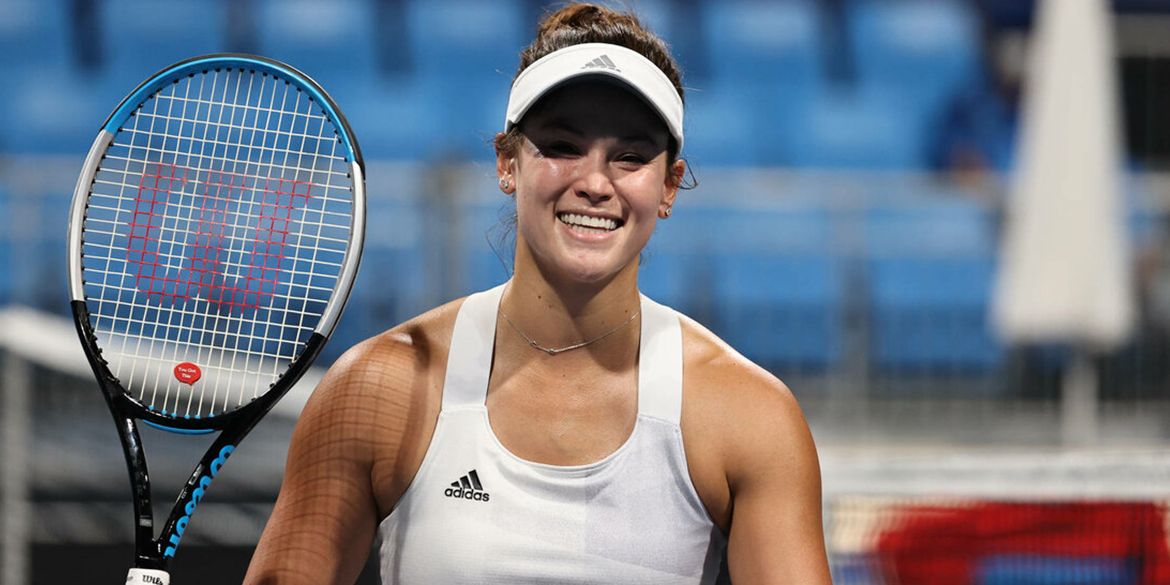 U.S. No. 1 Dana Mathewson is playing like it in Tokyo: the No. 8 seed booked a spot in the quarterfinals of the Paralympics with a 6-2, 6-4 victory on Monday over Thailand's Sakhorn Khanthasit.

The 30-year-old will debut in the last eight of her second Paralympics against No. 4 seed Jordanne Whiley of Great Britain on Tuesday in the hopes of advancing to the medal rounds.

Controlled aggression proved key to Mathewson's victory, as she racked up 19 winners to just four unforced errors in the 86-minute victory. After the pair traded breaks early in the first set, Mathewson won three straight games to secure the opener, and rallied from a break down at 4-3 in the second set to advance.

“I'm really happy about my match today. I knew that going into today, if I won, I would have done better than my result at the last games in Rio because I lost a second-round in Rio to Aniek van Koot. ADVERTISEMENT Winning today was not my only goal coming here, but it was definitely one of them," Mathewson said after the match.

"I feel really glad that I've accomplished that so far. And then playing someone like Khanthasit, isn't just physically demanding. It's mentally challenging, too, because she's someone that quick serves... so I'm really glad that mentally I stayed strong today and I executed the plan. I'm looking forward to the quarterfinals tomorrow.”

In the quad event, both Bryan Barten and David Wagner were beaten in their respective quarterfinal matches, falling just short of the medal rounds. Barten's third Paralympic effort came to an end at the hands of top seed Dylan Alcott, 6-0, 6-1, while fourth-seeded Wagner, who was pursuing a ninth overall Paralympic medal, was beaten by Japan's Koji Sugeno, 6-4, 6-2.

“It was a tough match. Dylan played really well as he served well and returned well. I just couldn't really find any weakness in his game. I got my teeth into a few of the games. I had some game points that I couldn't convert. That says it all pretty much. He dominated from start to finish. I had my moments, some good returns, but just not consistent enough to compete with someone of his caliber. He’s a super-strong player and that’s the reason why he's No. 1 in the world," Barten said in defeat.

"I'm happy with my Paralympics as a whole. I had a big win yesterday against Kim Kyu-Seung and I was just on top of the world after that win. It just felt so great to have USA on my back and to get that big win. The disappointment today of losing and having my Paralympics come to an abrupt end, it's kind of devastating, but I'm feeling good physically. Emotionally, I'm fine. I'm just happy with the experience here in Tokyo. It was a great Paralympics, and the people of Japan can be very proud of the work they put in to make this Paralympics phenomenal.”

Mathewson will face Whiley in the first match scheduled on Court 1 on Tuesday at 11 a.m. The Brit leads the overall head-to-head. 5-1, but Mathewson picked up a first victory against her earlier this year in Great Britain on hard courts in Loughborough.

More from the Paralympic Games