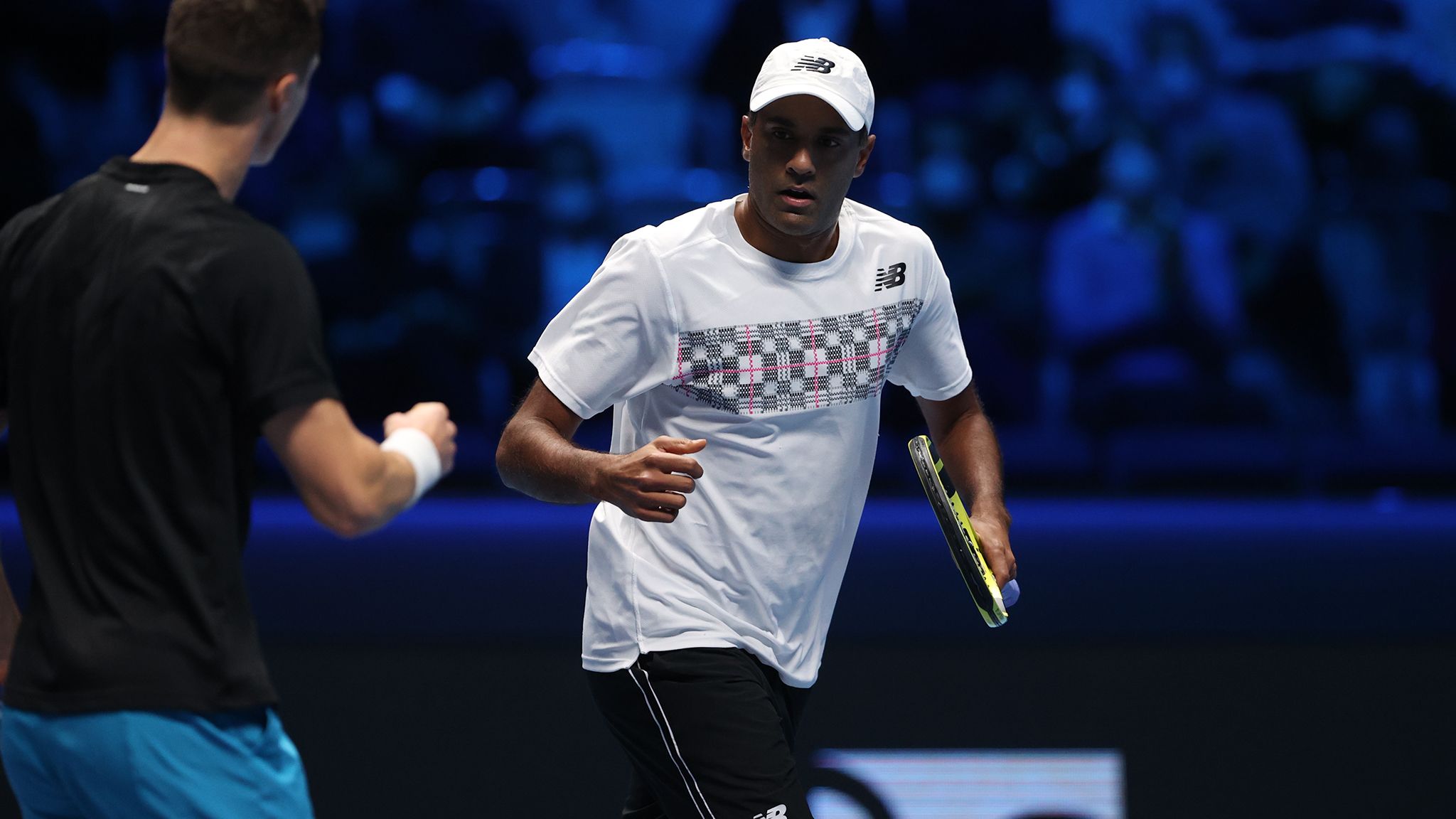 While there's not much that Rajeev Ram hasn't achieved in his decorated tennis career to date, the 37-year-old is crossing off one major bucket-list item from his to-do list this week: playing for the U.S. Davis Cup team. The doubles world No. 4 is expected to make his debut for captain Mardy Fish's squad alongside John Isner, Reilly Opelka, Jack Sock and Frances Tiafoe this week in Turin, Italy as the squad begins its campaign at the 2021 Davis Cup by Rakuten Finals.

"I think we've got a great squad, to be honest. I think we have one of the best serving teams, I'm not going to say of all time, but of the group currently that's playing Davis Cup. I feel like that's a big advantage for us," Ram said.

"The courts are quick here. I think that's suitable for everyone on our team. I feel like we have fairly strong doubles and guys in singles that on their day can beat anyone on the day... ADVERTISEMENT [We're] ready to get going for the word 'go.'"

Ram is not short on national team experience in general, having won a silver medal with Venus Williams for the U.S. in mixed doubles at the Rio Olympics. Ram will likely partner in doubles with Sock, a former world No. 2 in doubles, as Team USA's most accomplished pair of doubles players, but he also has experience alongside Tiafoe, who was a last-minute call-up on Sunday to replace Taylor Fritz. Ram and Tiafoe reached the second round of the Tokyo Olympics this summer. While he has limited playing experience with his potential doubles partners, Ram does bring one unique intangible to the squad: Team USA's round-robin ties against Italy and Colombia, as well as its potential quarterfinal tie, will all be played at the Pala Alpitour, where Ram just played the Nitto ATP Finals.

"The fact I get to be here in Turin is cool because we are going to have spectators, but it's still going to be a bubble situation for us as players, which we haven't had for some time. It's going to be tough. But that's the way it is," Ram said.

"Regardless, [I] couldn't be more excited to play on the team... Obviously I've never played with Jack before, so it's going to be trying to get used to that as quickly as possible. Our first match is against Italy at home for them. I assume the atmosphere is going to be pretty rocking here. I think it's going to be great."

Ram and his teammates bid to win Team USA a 33rd Davis Cup crown all-time, and first since 2007. Should they advance out of Group E, they'll play the winner of Group D—Australia, Croatia or Hungary—in Turin, with the winner advancing to the semifinals and Finals site in Madrid. The 2021 Davis Cup by Rakuten Finals runs in its entirety from Nov. 25 to Dec. 5, and the full schedule and field can be viewed on the Davis Cup website.

"It's a huge event. For us, it's a huge event in tennis. I know on my team, we're all looking forward to it greatly," Ram said. "I'm pumped to get back out there and do my best for the U.S."