Williams Back in Wimbledon Semis 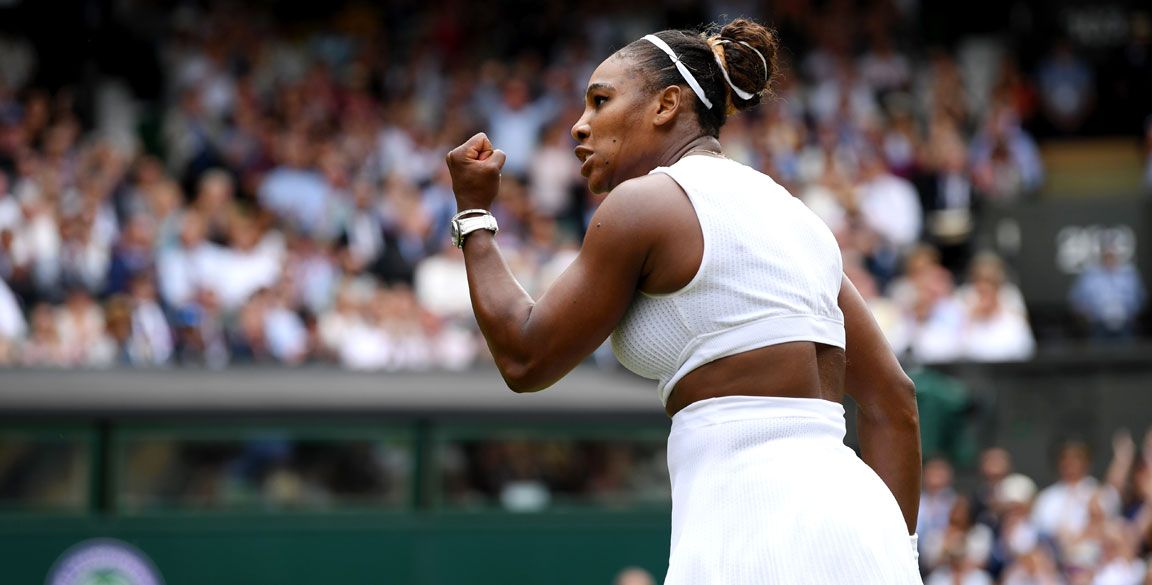 It wasn’t easy, but Serena Williams advanced one step closer Tuesday to her eighth Wimbledon championship and potential record-tying 24th Grand Slam title, when she defeated fellow American Alison Riske, 6-4, 4-6, 6-3, on Centre Court at the All England Club.

One day after eliminating No. 1 seed Ashleigh Barty, Riske could not put away Williams, who has now reached the Wimbledon semifinals for the 12th time in her legendary career.

“I was really pumped, obviously,” Williams, 37, said immediately after the match. “It was for a place in the semis in Wimbledon, and that doesn’t happen every day. And it’s a long, arduous road. It’s not easy. So I was really pumped.”

The story of the match was timely breaks, for both players. Williams had 19 aces, but Riske still managed to break her five times. ADVERTISEMENT After Williams took the first set, Riske was up 4-3 in the second, got the first break of the set and then held serve to close it out.

Riske opened the third set with a break, but Williams broke right back, held serve and broke again for a 3-1 lead. Riske came right back with another break of her own. With Williams up 4-3, Riske fought off three break points in one of the longest games of the match before finally losing the game on a double fault and giving Williams a chance to serve for the match.

Riske double-faulted six times. In her post-match press conference, she explained that problem had more to do with the pressure that Williams puts on her opponents.

“It’s no secret that Serena has an amazing serve, but she also has an equally amazing return, and I’ve never played anybody that has a return like Serena,” said Riske, who turned 29 last week. “So that put a lot of pressure on my serve. I was then more cognizant of when I was missing my first serve because I was like, ‘Wow, here comes another second serve. She’s probably gonna throw this down my throat.’ So it does put a lot of pressure on you, just because she starts points unlike anyone else on tour, and I thought she was doing that exceptionally well today. I was definitely feeling the pressure.”

The match was Riske’s fifth three-setter of the fortnight. It ended one minute past the two-hour mark.

“I definitely gave it everything that I had,” said Riske. “I’m really proud of my effort today… Serena really upped her level, as only a champion would. I hope she takes the title now.”

In 11 previous trips to the Wimbledon semis, Williams has lost just once. The 37-year-old has been to the final 10 times and has won seven times—her last Wimbledon title coming in 2016.

Williams’ semifinal opponent will be Barbora Strycova of the Czech Republic. Strycova was a straight-sets winner in her quarterfinal match against No. 19 seed and hometown favorite Johanna Konta.

“It was really satisfying,” Williams said of her victory Tuesday. “I wouldn’t have won that match a couple of weeks ago. Every match here has really helped me and has really counted, so I’m glad that I was able to come through. She obviously was playing so great. She beat so many great players. And, oh my God, she was so close to taking the win today.”

Williams also noted after the quarterfinal win that she was pumped for her mixed doubles match, which took place just a few hours later. Taking the court with former Wimbledon singles champ Andy Murray, the all-star duo defeated Raquel Atawo and Fabrice Martin, 7-5, 6-3, to advance to the third round of that competition.

In Wednesday’s action, American Sam Querrey takes on No. 3 seed Rafael Nadal in a quarterfinal match.

Complete men's and women's singles draws are available on the official Wimbledon website.

Williams Back in Wimbledon Semis