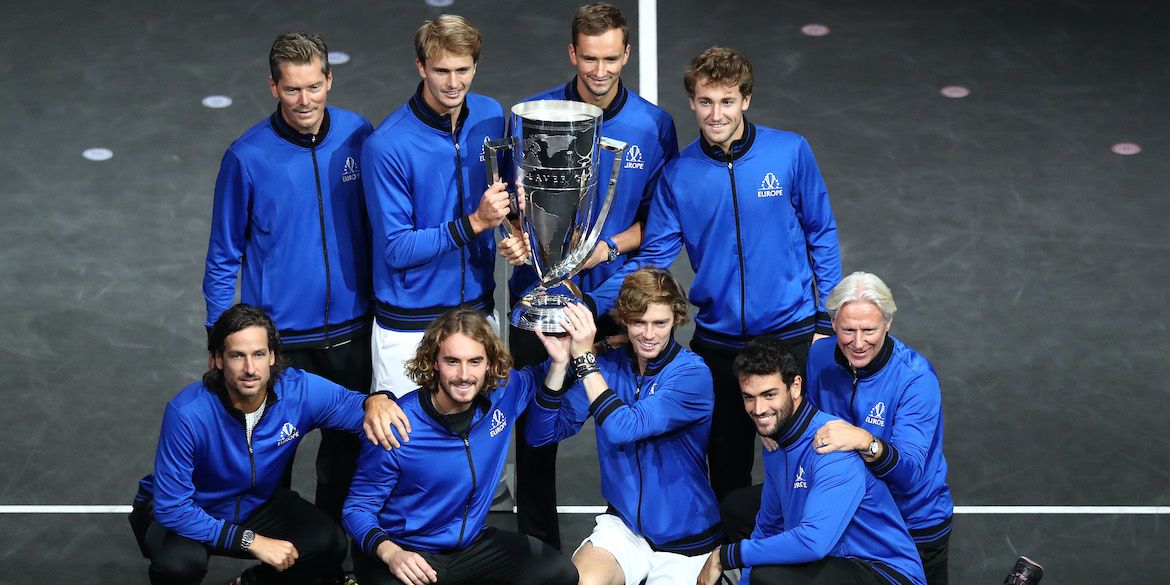 In the Laver Cup, Europe remains on top of the world. In the event's fourth edition, held over the weekend at TD Garden in Boston, Team Europe scored its most emphatic result in tournament history: a 14-1 overall victory over Team World.

Once against captained by Bjorn Borg, Team Europe was comprised entirely of Top 10 players, led by reigning US Open winner Daniil Medvedev. Joining the Russian on the squad was French Open finalist Stefanos Tsitsipas, Tokyo gold medalist Alexander Zverev, Andrey Rublev, Wimbledon finalist Matteo Berrettini and Norway's Casper Ruud. Each man scored a singles victory on one of the first two days of the competition, and Rublev and Zverev delivered the clinching doubles win in Sunday's first match.

Each win at the Laver Cup awards a team one point on Friday, two points on Saturday and three points on Sunday, with the first team to reach 13 points declared winners of the event. ADVERTISEMENT Team Europe has now won the Laver Cup in Prague, Chicago, Geneva and Boston.

“I’m very proud, of course, to defend the title … they played great tennis,” Borg said in victory. “Of course, Team World, they have the home advantage here but… we have a good relationship, both teams. They’re going to play each other so many times… I love this team. What can you say? It’s been great tennis.”

Team World, led by John McEnroe, was comprised of two Americans, Reilly Opelka and John Isner (plus alternate Jack Sock), as well as Canadians Felix Auger-Aliassime and Denis Shapovalov, Argentina's Diego Schwartzman and Aussie Nick Kyrgios. Their lone official victory of the weekend came in a match tiebreak from Isner and Shapovalov, who partnered to a 4-6, 7-6(2), 10-1 doubles win over Berrettini and Zverev.

Auger-Aliassame and Schwartzman picked up a 6-3, 6-3 exhibition doubles victory on Sunday over Medvedev and Ruud after Europe clinched.

"We battled our best. These guys are a great team, no question, incredible team. They had good team spirit, as well. We did, as well," McEnroe said after Sunday's play concluded.

"Obviously, if you get a couple different results, could have put more pressure on them, but we just came up short in I think four tiebreakers. You win half those, totally different story. Other matches we had a chance to get in. We gave it our best, but they were too good."

The Laver Cup is set to head to London's O2 Arena next year for the 2022 edition.