to advance to Davis Cup final 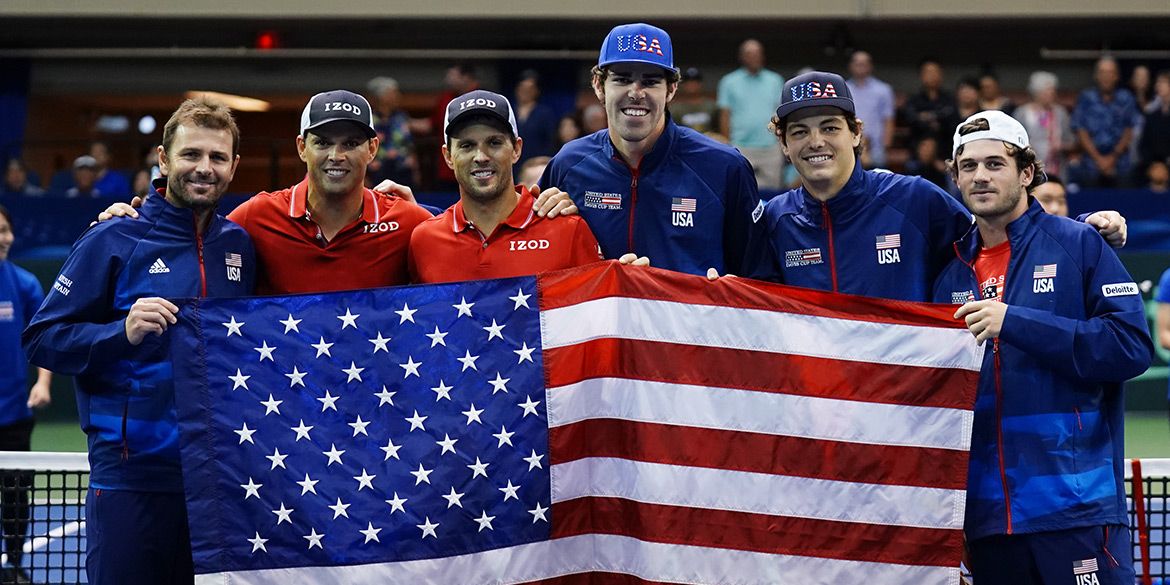 It was a fitting end to a remarkable Davis Cup career for Bob and Mike Bryan, as the United States’ winningest Davis Cup doubles team defeated Uzbekistan’s Denis Istomin and Sanjar Fayziev, 6-3, 6-4, on Saturday in Honolulu to qualify the United States for the 2020 Davis Cup Madrid Finals in November.

Bob and Mike, who plan to retire following the 2020 US Open, finish with a 25-5 record together in Davis Cup, 11 more victories than the two teams tied for second (John McEnroe and Peter Fleming, Wilmer Allison and John Van Ryn). Mike’s 28 individual doubles victories also ranks first in team history, with Bob’s 26 in second.

It was the brothers' first Davis Cup match in four years since losing to Croatia's Marin Cilic and Ivan Dodig in the 2016 quarterfinals in Portland, Ore.

"We're always happy to do our job," said Mike. ADVERTISEMENT "We treat these matches like huge Grand Slam matches. And to clinch, we have only done that a few times in our career, had the opportunity with the 2-0 lead to clinch, and feels really good.

"There's no more special moment than running around with the flag at home, the crowd cheering. So, you know, to leave our Davis Cup career with that memory, that highlight, you know, was awesome. Because we were in a little bit of a sour taste in our mouth from Portland. I felt that that just wiped it clean. To win our 25th match for the country is pretty awesome."

The Bryan brothers won the first five games of the match and took the opening set 6-3 in just 30 minutes after the Uzbek duo broke Mike when he was serving for the set for the first time. The brothers jumped out to a 2-0 lead in the second set, and that break proved decisive as they dropped just three points on serve in their final four service games. In total, the twins dropped just eight points on serve in the match while breaking three times in 10 opportunities.

"Yeah, we came out hot," said Bob. "We didn't miss any returns. Got on them early. They held at 5-0 and played a really good game to break Mike, and they kind of sunk their teeth into the match. Yeah, we had them kind of staggering. It could have gotten ugly had we held Mike's serve. But, you know, then they settled down a little bit.

"They're a difficult team. They do the right things. They have played together in some big matches before. The scouting report we had on them was from Glasgow against [Jamie] Murray and [Dominic] Inglot where they were up a set and had set points to go two sets to love. We knew they could play. We knew they like to move, and they weren't going to just let us sit there and hit crosscourt returns and do what we do. They were going to move and play like a doubles team. So we had a lot of material on them, actually. We knew they were very comfortable on the doubles court."

Following the end of the Bryans’ Davis Cup career was the start of Tommy Paul’s, the rising 22-year old getting the nod to play the dead fourth singles match. Paul defeated Istomin, 6-3, 6-0.

to advance to Davis Cup final