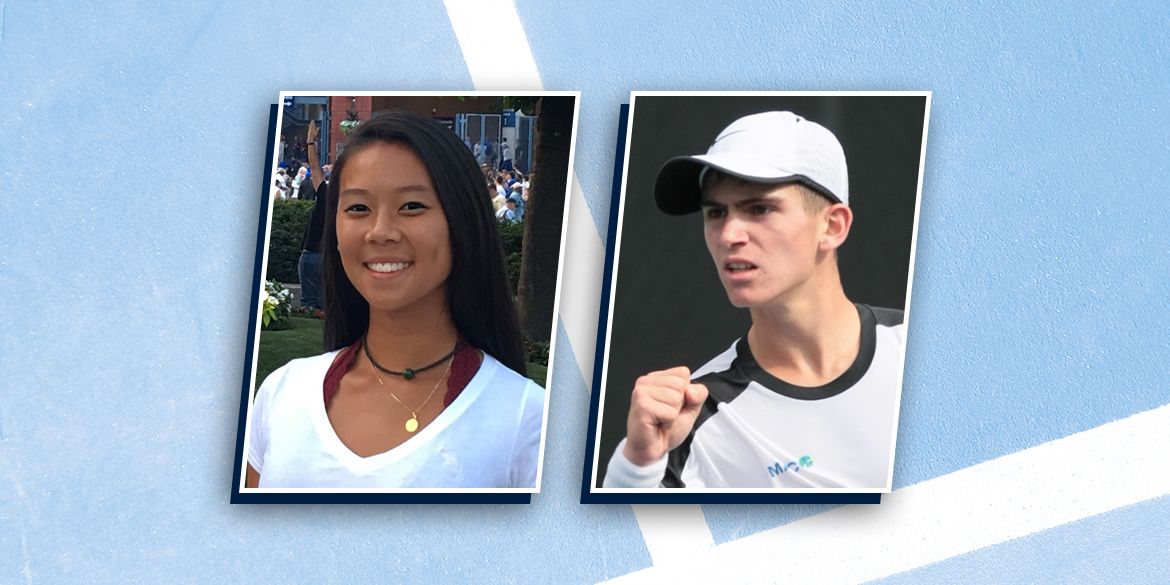 Daniel Pellerito and Perene Wang have been named to the third annual USTA Junior Leadership Team, which recognizes America’s finest junior tennis players who exhibit leadership, sportsmanship and character on and off the court.

Pellerito, a resident of Syosset, N.Y., and Wang, of Manhattan, are among more than 30 players nationwide named to the USTA Junior Leadership Team. Each player was nominated by his or her USTA section for their excellence in tennis and in the community.

“These players are our future leaders, and the values they’ve shown to embody both on the court and in the community are evidence that our future will be in good hands,” said Lew Brewer, the USTA’s Director of Junior Competition. “They are the perfect role models for that represent our nationwide Net Generation efforts, and they truly deserve to be recognized with the USTA Junior Leadership Team.”

Pellerito, 17, has been ranked in the Top 20 of the USTA Boys’ 18s national standings and has been ranked as high as No. 2 in the Eastern section. A longtime trainee of the John McEnroe Tennis Academy in Syosset, Pellerito has won a number of USTA National Level 2 and 3 singles and doubles titles and has been a recipient of the USTA Eastern Henry Benisch Sportsmanship Award. The top singles player for Syosset High School, Pellerito will play college tennis for William & Mary in the fall.

Wang, 16, has been a longtime trainee of the John McEnroe Tennis Academy, where she is a part of the MAC 1 Elite Team. She’s been a doubles champion and a singles finalist at multiple USTA national selection and sectional tournaments, as well as a doubles champion at the prestigious Empire Cup tournament. Additionally, she earned the USTA Eastern Girls’ 16s Sportsmanship Award in 2017 and is a part of the National Society of High School Scholars at the Bronx High School of Science. She’s committed to play college tennis at the University of Chicago.

“I’ve been playing tennis since I was 8 years old, and it has helped shape me into the person I am today,” Wang said. “It has taught me responsibility and independence. In tennis, everyone is competing against everyone, but there is a respect needed for your opponents. Especially as we grow older, everyone has put in so much time and effort that they deserve respect on and off the court. Playing tennis has taught me that hard work prevails and there’s always room to improve. I will make mistakes, opponents will beat me, but as long as I give my 100 percent, I enjoy not only the winning, but the journey as well.”