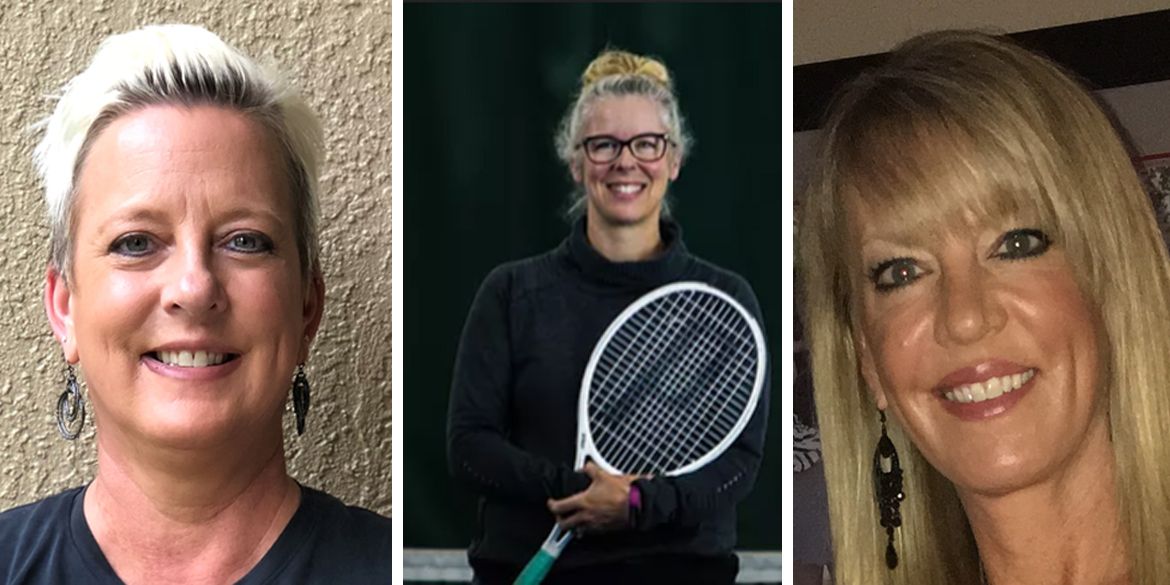 We are proud to announce the 2018 inductees to the USTA Midwest Section Hall of Fame! Congratulations to the following individuals on this honor:

Kellmeyer has made tremendous contributions to the sport of women’s tennis on a global scale during the course of her lifetime, including as a player, coach, executive and tireless pioneer for women’s rights.  She served as the first Women’s Tennis Association (WTA) director and employee in 1973 and that same year spearheaded a lawsuit that paved the way for the historic enforcement of Title IX that was responsible for the influx of female athletes on intercollegiate scholarships in the United States.  Kellmeyer brought the first women’s tennis tournament to Madison Square Garden in New York City in 1977 and was an integral part the campaign for equal prize money that was historically achieved in 2007.

As an amateur tennis player, Kellmeyer was ranked nationally in the 1960’s in singles and doubles while obtaining all-time high singles ranking of No. ADVERTISEMENT 10 in 1966.  Kellmeyer was a groundbreaking collegiate tennis player at the University of Miami where she played No. 1 on the women’s team and became the first woman to play on a Division I men’s university tennis team in 1966.

During her junior career, Kellmeyer won the USTA Orange Bowl singles title at age 13 and captured her second straight West Virginia State Women’s singles title in 1957.  In 1959, after reaching the finals of the USTA National Girls’ 15, Kellmeyer was the youngest player at the time to be invited to compete at the US National Championships in Forest Hills, NY.

After competing, Kellmeyer coached the Marymount College tennis team in Boca Raton, Florida, from 1966 to 1971 during which time they were state champions and Kellmeyer founded an athletic scholarship program.  Currently, Kellmeyer serves as WTA’s Executive Consultant at the WTA Headquarters in St. Petersburg, Florida.

Frazier reached the quarterfinals of the US Open in 1995 and as a competitor in the US Open in August 2006, Frazier set an all-time record, reaching a 71st Grand Slam main draw.  Frazier was ranked in the top 100 for 18 consecutive years, the longest span by any female tennis player.

Since leaving the WTA Tour, Frazier continues to be involved in tennis taking up coaching junior players at the Franklin Athletic Club in Southfield, Michigan, where she was first introduced to the sport at the age of three.

Whitlinger-Jones competed on the Women’s Tennis Association (WTA) Tour from 1990-1997.  She achieved a career high No. 41 singles ranking in 1991, captured three tour titles, and posted several wins over top-10 players.  Whitlinger-Jones reached the Round of 16 in singles at the French Open in 1991.

Growing up in a small town, Whitlinger-Jones and her twin sister were trained by their grandfather in a one-court facility that was an old barn converted into an indoor tennis court.  She was a four-time Wisconsin State High School Singles Champion, and Wisconsin's first female player to win the high school state singles title with a 105-0 record.

Whitlinger-Jones played collegiate tennis at Stanford University in 1988 and 1989, where she played No. 1 singles and was instrumental in Stanford’s back-to-back NCAA Team Championships.  She received the following honors during her junior and collegiate career: USTA National Player of Year in 1986, Tennis Magazine’s ‘Player to Watch’ in 1988, and Volvo Tennis/Tennis Magazine Women’s Player of the Year in 1989.

After retiring from the professional tour, Whitlinger-Jones began training and developing junior players in Cincinnati, Ohio, and then later in Tampa, Fla.  She currently coaches high performance junior players in the Greenville area.

Whitlinger-Boynton competed on the Women’s Tennis Association (WTA) Tour for several years and reached the Round of 16 in doubles at the US Open with her twin sister, Tami.

The induction ceremony will take place February 8, 2019 during the Section’s 125th Annual Meeting at the The Alexander in Indianapolis, Indiana. Visit MidwestTennisFoundation.com for more details, including purchasing tickets and buying a congratulatory message in the program book.