Berger to step down

as Head of Men's Tennis 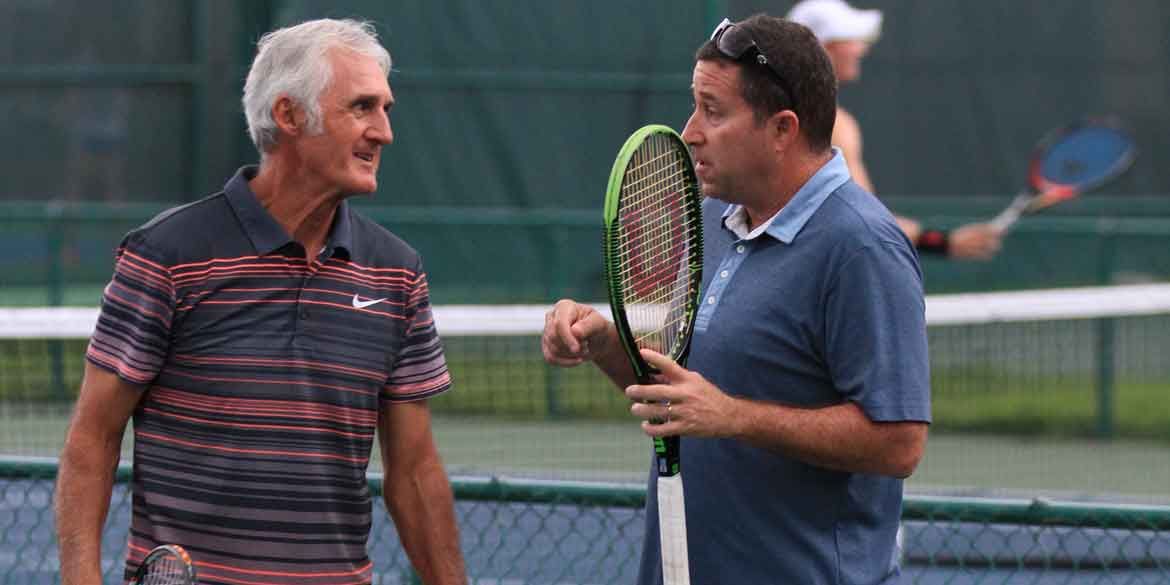 Jay Berger, who has served as the head of men's tennis for USTA Player Development since the position was created in 2008, has announced that he will step down from his role this coming June. Berger informed USTA Player Development General Manager Martin Blackman of his decision to leave earlier this year and has agreed to remain in the role until June to assist with the transition to his successor.

Berger joined the USTA as a national coach in 2003 and transitioned to the role of head of men’s tennis in November 2008, when the USTA expanded its Player Development department and hired Jose Higueras as its director of coaching.

Since Berger (pictured above right, with Higueras) took over the role in 2008, men's tennis in the U.S. has blossomed. There were two American men age 21 or younger in the Top 200 that year, compared to eight U.S. ADVERTISEMENT men ranked in the world's Top 200 today. Moreover, the U.S. led all nations with 14 men entered in the Australian Open main draw this January, and seven of those players were age 20 or younger, marking the first Grand Slam tournament since the 2006 US Open that featured seven American men under the age of 21.

“Jay has done a tremendous job over the last nine years to support the development of the most promising generation of young men we’ve had in more than a decade,” Blackman said. “It’s important for us to bring in someone who can maintain that momentum, continue to develop relationships with our top male juniors, collegians and pros and optimize the support that we give to our top American players. I’m grateful Jay has decided to stay on through June to make that transition as smooth as possible.”

In addition to serving as head of men's tennis, Berger was the head coach of the U.S. Men’s Olympic tennis teams at the London Games in 2012, when Bob and Mike Bryan won gold in doubles, and in Rio in 2016, when Jack Sock and Steve Johnson took home the men's doubles bronze medal and Sock won gold and Rajeev Ram captured silver in mixed doubles. Berger also coached the U.S. Davis Cup team for 12 years under captains Patrick McEnroe and Jim Courier.

Prior to joining the USTA, Berger was the head men’s and women’s coach at the University of Miami. As a player, he was ranked as high as No. 7 in the world, won three ATP titles and reached the quarterfinals of the US Open and French Open in 1989. In two seasons as a player at Clemson, Berger was 91-22 in singles and earned All-America honors in 1986. He reached the fourth round of the 1985 US Open as the USTA Boys’ 18s national champion.

“It has been an honor to serve as the USTA’s head of men’s tennis for the last nine years, under great leaders like Patrick McEnroe, Jose Higueras and Martin Blackman,” Berger said. “As I look toward the next challenge in my career, I have the utmost confidence in the future of American men’s tennis under Martin’s leadership.”

Berger to step down

as Head of Men's Tennis