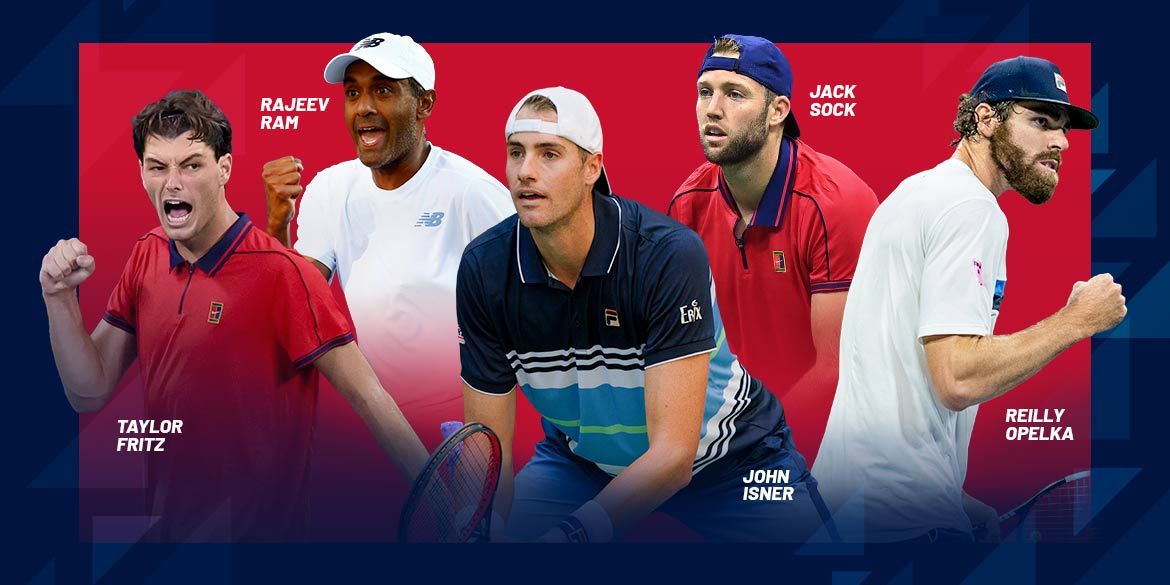 Playing under the guidance of United States Davis Cup Captain Mardy Fish, Team USA will begin its quest for a record-extending 33rd title in Turin, with group matches against the home Italians on Nov. 26 and Colombia on Nov. 28. Each matchup is a best-of-three tie featuring two singles and one doubles match.

This year's Davis Cup Finals will expand on the 18-team format debuted in Madrid in 2019, with group-stage and quarterfinal matches being played across three cities—Turin, Madrid, and Innsbruck, Austria—culminating with the semifinals and final in Madrid. ADVERTISEMENT With the 18 teams split into six groups, the top team from each will advance to the knockout quarterfinal stage, plus the two second-placed teams with the best records (based on sets and games won).

The full schedule and field can be viewed on the Davis Cup website.

The 36-year-old Isner, who played Davis Cup every year from 2010-18, will be making his first appearance for the U.S. squad since the 2018 quarterfinals. The world No. 26, who owns a career-high ranking of No. 8, has a 17-11 overall record in Davis Cup play. His nine consecutive years representing the U.S. ranks third all-time in the nation's history.

Opelka is one spot behind Isner in the rankings at No. 27, fresh off making his Top 20 debut in September at No. 19. The 24-year-old enjoyed a stellar summer in which he reached his first ATP Masters 1000 final in Toronto and reached the fourth round at the US Open. He is making his third straight appearance for the U.S. Davis Cup Team, having helped the U.S. qualify for these Finals with a 4-0 victory over Uzbekistan in March 2020.

Fritz joins the team on the heels of his first ATP Masters 1000 semifinal at Indian Wells earlier in October. The 23-year-old, ranked world No. 28, is also making his third consecutive U.S. Davis Cup appearance since debuting at the 2019 Finals, where he defeated Matteo Berrettini to help the U.S. beat Italy in Madrid.

Sock, 29, is ranked No. 148 in doubles and No. 152 in singles and has career-high ranks of No. 2 and No. 8, respectively. A three-time Grand Slam doubles champion and 2016 Rio Olympic men’s doubles gold medalist, Sock is 8-3 overall in Davis Cup play with a 4-0 mark in doubles, including a notable victory with Sam Querrey over Italy’s Fabio Fognini and Simone Bolelli at the 2019 Madrid Finals, a match that marked the second-latest finish in tennis history, at 4:04 a.m.

Ram, 37, is ranked a career-high No. 4 in doubles and will be making his Davis Cup debut. A two-time U.S. Olympian and 2016 Rio silver medalist in mixed doubles, Ram won his second Grand Slam and third ATP Masters 1000 doubles titles this summer at the US Open and Toronto, respectively, and owns 22 career ATP doubles titles.

The U.S. holds an overall 220-74 record in Davis Cup competition. For more information, including access to player and historical records, visit our Davis Cup homepage. Deloitte is the official team sponsor of the U.S. Davis Cup Team.