The Grass Is Greener:

Lawn Tennis in the U.S. 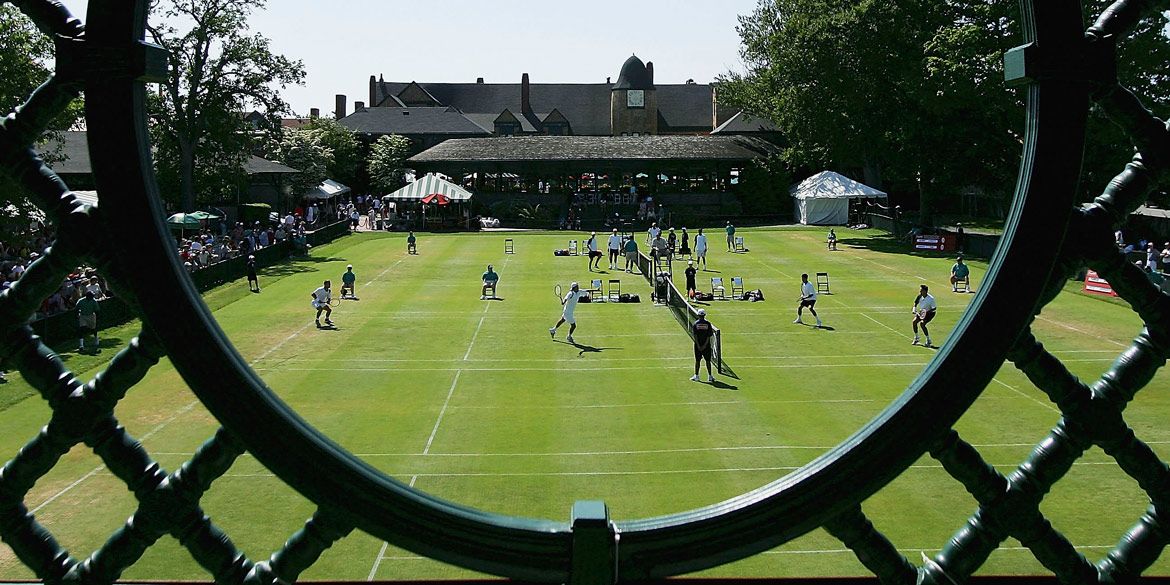 Want to play the Wimbledon way? Check out one of these grass-court facilities in the United States.

Lawn tennis may still be sacred in England, but the grass isn’t so green on this side of the Atlantic. Along with LPs and analog TVs, the game on grass has almost vanished on these shores over the years. The reasons? Americans don’t seem particularly fond of playing the slip-and-slide game, and grass courts are costly and difficult to maintain.

So unless you can find and befriend a homeowner like Steve Moore, who carved a grass court out of a hillside on his property in Eugene, Ore., or can join one of the few private country clubs in the Northeastern corridor, your only real shot at a taste of Wimbledon stateside is at a select few public courts and resort hotels.

One of the public facilities is in the most unlikely of places: Baker City, Ore. ADVERTISEMENT — home of WimbleDon Grass Courts, named after founder and caretaker Don McClure, a local jeweler. The others are the Tennis Center at Crandon Park in Key Biscayne, Fla., home of the Miami Open; the Buckskill Tennis Club, in the former lawn-tennis epicenter of the Hamptons in New York; and the Newport Casino Lawn Tennis Club at the International Tennis Hall of Fame in Newport, R.I.

Many resorts that have lawn tennis also have golf facilities, and the same crews that care for the putting greens also maintain the grass courts, both of which require daily watering and mowing to within a quarter inch. But resort owners mostly keep a grass court or two around as a novelty.

“Tourists may sign up for the grass courts as a lark,” according to one head pro at a facility that once had grass courts, “but after a half hour of slipping and seeing the ball skid under their feet, they usually return to the pro shop and say, ‘OK, now we want to play on a real tennis court.’”

This list of grass-court facilities in the U.S. was originally created in 2010; since then, three playing options have gone by the wayside. With the unique playing surface becoming more extinct by the year, seek out grass-court tennis where — and as soon as — you can.

Ed McGrogan is a senior editor for Tennis magazine and Tennis Industry magazine. For more, go to tennis.com.

The Grass Is Greener:

Lawn Tennis in the U.S.