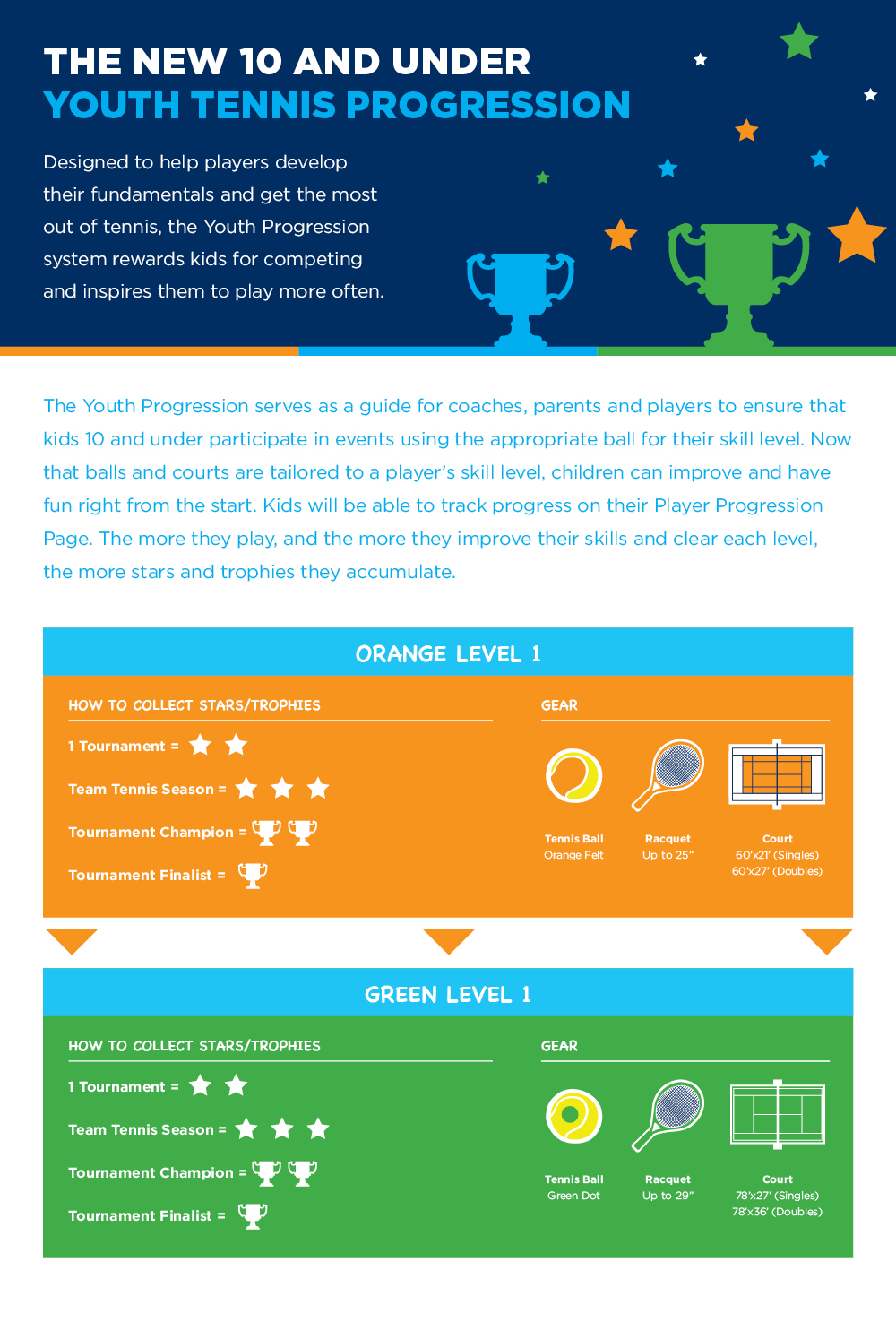 Players should advance through the various stages with the understanding that this is not a race to Yellow Ball, but a process rich in development opportunities at each stage.

Youth Progression encourages players to set quantifiable and achievable goals at each stage of the beginning of their junior tournament careers and will equip players with a goal-setting mindset to carry throughout their lives.

Please visit usta.com/texas-junior-tournament-update for information on all newly added tournaments. Tournaments will be added month-by-month.

10U Know the Rules

10s Out of Section Application