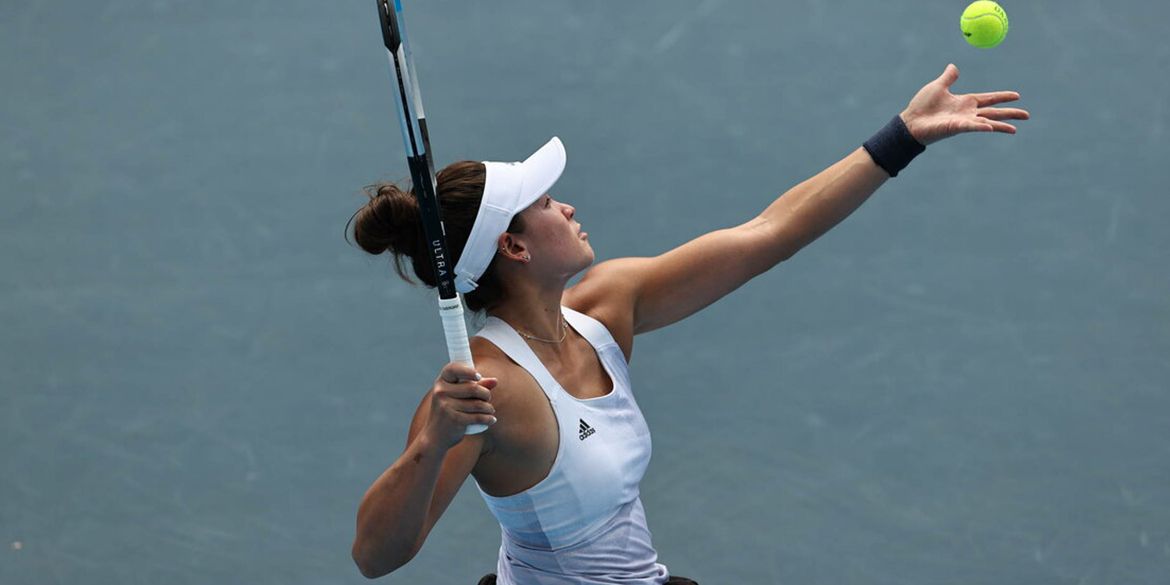 Team USA's effort at the Tokyo Paralympics came to an end in heartbreaking fashion in Tuesday's quarterfinals, as eighth-seeded American Dana Mathewson fell just short in her upset bid against No. 4 seed Jordanne Whiley of Great Britain.

In stifling heat and humidity, the two players batted for 2 hours and 40 minutes over three sets in a match that was eventually won by Whiley, 6-3, 3-6, 7-5. In a final set that lasted more than an hour itself, Mathewson rallied from 5-1 down, and saved a match point, to level at 5-5, but lost eight of the last 10 points.

“I have mixed emotions about my match: I'm obviously devastated that I lost when I came so close, especially after being down 1-5 in the third set. But then on more of a global perspective on the match, I have to look back and say that I made it to the final eight people in at the Paralympics. ADVERTISEMENT I pushed the No. 4 player in the world really far. I was brave the whole time, which is something that mentally I've been working on. I think I have a lot to be proud of," Mathewson said in defeat.

"Obviously, there are certain tactical things I didn't execute that might have made the match go in my favor, and that's disappointing. That happens in every loss. You can always look back and have a lot of, 'I wish this was different' or whatever... I am proud of myself for fighting back and getting it to 5-5, I'm just disappointed I didn't close it out. I think some of that speaks to her experience, and I know that that match just adds to mine. I think that all in all, that's a really good performance for me to have in the back of my head going into a Grand Slam like the US Open, and if I draw her again, maybe it'll go in my favor this time.”

A high-quality match from both players saw each end positively in their differential of winners to unforced errors: Whiley totaled 38 winners, including 28 off her forehand, to 30 unforced, while Mathewson racked up 32 winners to 28 unforced. Combining for 21 breaks of serve in all, the final point differential between the two was a hallmark of just how close it was: in all, Whiley won 107 points to Mathewson's 100.

"From a coaching perspective, it is one of the best matches Dana has ever played. It was an amazingly competitive match, and quite arguably, could be the best Paralympic match one of our Team USA women's players has ever had at the Paralympic Games and that's going all the way back to 1992," added Team USA head coach Jason Harnett.

"It was just an absolutely epic match that Dana fought valiantly in, and really just gave it everything she had to the very end. We couldn't be prouder of her efforts and the progress that she's made. She's proven to the rest of the world that she's arriving as one of the top players in the world.”

Overall, Team USA posted six victories across the singles and doubles events in Tokyo. Debutants Casey Ratzlaff and Conner Stroud each got a first-ever Paralympic victory, with Ratzlaff picking up one in singles and with Stroud in doubles.

Team USA at the Paralympic Games

"I couldn't be prouder of our athletes and how they carried themselves representing the USTA and Team USA and their families and themselves," added Harnett. "Now we begin the next quadrennium, the next cycle to Paris [n 2024] and trying to create a team that's formidable and potentially getting on that podium and bringing home some medals for Team USA.”

Barten, Mathewson, Ratzlaff and Wagner will next head to New York to compete in the US Open, where the wheelchair competition begins on Sept. 9.

More from the Paralympic Games