for Davis Cup test vs. Italy 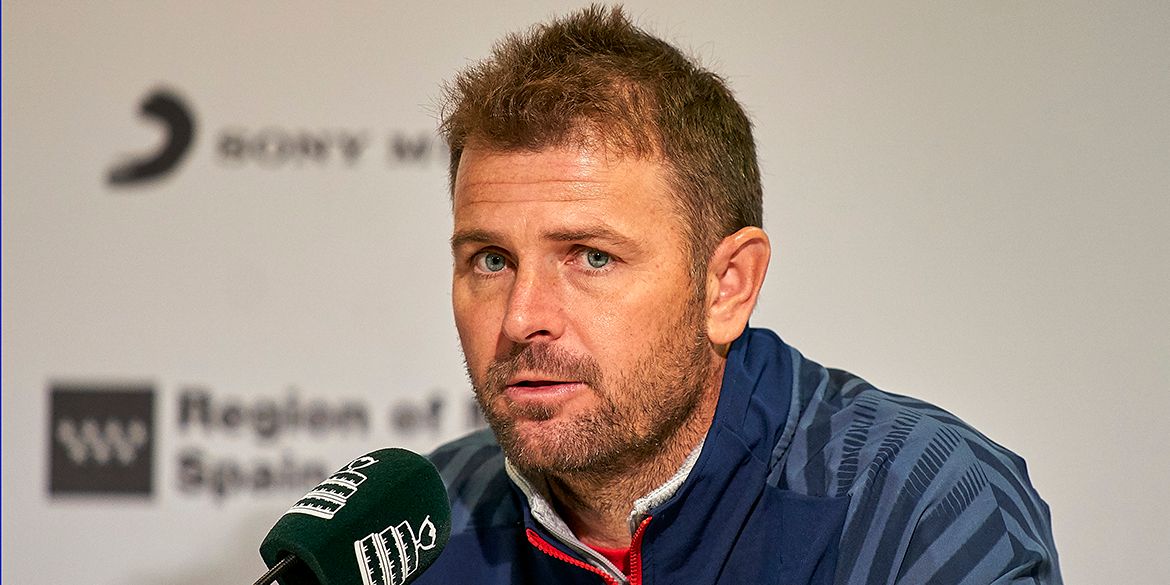 Team USA has arrived in Turin, Italy, ahead of this weekend's Davis Cup by Rakuten Finals, where captain Mardy Fish will lead the U.S. squad against hosts Italy on Friday and Colombia on Sunday in Group E.

Competing on an indoor hard court inside Turin’s Pala Alpitour Arena, the Americans will begin their Finals campaign with a tough test against a strong Italian team. Absent the injured Matteo Berrettini, the hosts’ squad still includes world No. 10 Jannik Sinner as well as Top 40 singles players Lorenzo Sonego and Fabio Fognini.

“We’re all excited about that one, specifically, because of the crowd aspect of it," Fish said in a Wednesday presser. ADVERTISEMENT "I played in the other era, the other format. The one thing you do miss is the home and away aspect of it, the crowds.

“Just having the crowd for you or against you—preferable against you, really, because that makes it all the more fun to send them home unhappy.”

The Colombian squad is led by world No. 111 Daniel Elahi Galan and the world No. 5 doubles tandem of Juan Sebastian Cabal and Robert Farah. Colombia captain Alejandro Falla, whose pro career spanned from 2000-18, is very familiar with the American team, having competed against Isner and Tiafoe, as well as Fish, in his playing days. (Fish called his 2010 Davis Cup win over Falla in Bogota one of the “more special experiences” of his playing career.)

Each tie is a best-of-three matchup with two singles and one doubles match, with the winners of all six groups and the two highest-finishing group runners-up advancing to the knockout-style quarterfinals. Matches, sets and games won will factor into who finishes as the two group runners-up.

“There’s no margin for error for any of us, for any countries,” Fish said of the group-stage format. “I don’t think you feel confident if you lose any of the ties to advance. Right out of the gate, we have one of the strongest countries in the world, and Colombia’s great, too. They’ve got an unbelievable doubles team.”

The American team has started practicing on the court in Turin, but Fish is equally focused on the off-court bonding that makes Davis Cup unique.

"I’m not with them every single week; I’m not their personal coach. So I’m not going to come out here and try to change their style of play or anything like that," he explained. "I think in the past there’s been over-coaching, when we haven't had our captains for very long throughout the year.

“I lean the other way and make sure everyone's in a good mood and having fun and happy.”

To that end, Fish has brought back a tried and true old-school pastime to bring the team together.

“When we had James Blake and the Bryan brothers and Andy Roddick, we really liked playing cards at night. James was usually the best one, or the most lucky. We sort of lost that.

“We’ve got a young group that likes video games… It’s just a different culture and a different in terms of what they do and like off the court. Last night we got back to playing some cards. Isner was the big loser last night. But it’s just fun to just all be together and hang out and enjoy and laugh. So that’s the best part of these team competitions, is getting the guys together, the fellowship and the friendship.”

The Americans’ opening match against Italy will be played on Friday, not before 10 a.m. ET, streaming live on CBSSports.com and the CBS Sports app in the U.S.

USA vs. Colombia will be played on Sunday, not before 10 a.m. ET. The first two hours of that tie will air on Pluto TV, with CBS Sports Network picking up coverage after that.

For more on Team USA at the Davis Cup, visit our Davis Cup homepage. Live scores, stats and more are available on DavisCupFinals.com.

for Davis Cup test vs. Italy